I downloaded ubuntu-14.04.3-desktop-i386.iso and created a live USB using Startup Disk. Live boots normally on the Dell laptop, but it doesn't boot at all on my Aspire desktop.

I have checked the BIOS settings, turned on and off the secure boot and rearranged boot devices but when I boot and press F-12, I only get 3 "ubuntu" options, none of which are the Live USB.

I deleted everything and ran startup disk again. Now I get the image below. 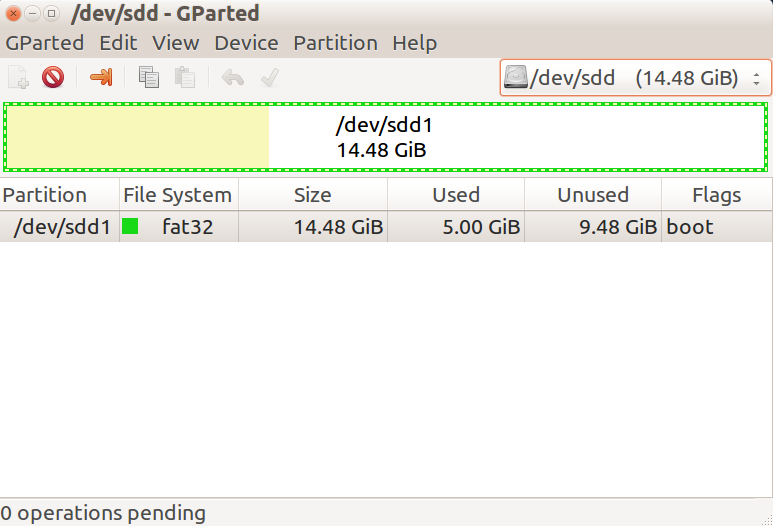 Ubuntu Live boots on my laptop, but it still doesn't show up in my desktop regardless of my secure boot settings in the BIOS for the uefi.

I also have the same image burned on a 4GB Sandisk Cruiser USB 2.0 device and the desktop boots and runs Ubuntu fine from it.

I have tried changing USB outlets in the computer. I tried the USB 3 port, and two of the USB 2 ports with both devices and I get the same results, the 2.0 device works, but the 3.0 device doesn't boot.

Either one boots on the laptop, but the 3.0 is just a little faster than the 2.0.