When is the expected stable release date of Ubuntu Phone and Ubuntu Tablet?

Is there an expected stable release date of Ubuntu Phone and Ubuntu Tablet?

If so, what are their dates?

More robust versions of Ubuntu for Tablets will likely be available for the Nexus 7 and Nexus 10 tablets by the end of the year. However, Ubuntu tablets won't ship until the UI layer is folded into the fully unified Ubuntu 14.04 in the spring of 2014. Canonical expects to integrate a stable Ubuntu Phone with Ubuntu 13.10 ("Saucy Salamander") this October, making it available for Nexus 4 and Nexus Phone users, prior to a native Ubuntu-based phone launch in 1Q 2014.

You can see more informations at: http://www.linux.com/news/embedded-mobile/mobile-linux/702049-ubuntu-for-tablets-joins-canonicals-convergence-crusade

Just confirmed by a developer over at the mailing lists. Ubuntu Touch 1.0 will be ready around the 17th of October.

News article on the subject: http://www.paritynews.com/2013/09/19/2851/developer-confirms-canonical-ubuntu-touch-launch-date/
(Full disclosure: I am the author of the article and founder of ParityNews)

Find out when itâs here

We are all excited about Ubuntu for phones, but it will take some time to get into the marketplace. If you leave us your email and country details, we will let you know when there is any news. We expect to only email you a couple of times and promise not to spam you.

Apparently it is out there for sale (in Europe) already, released a few hours slash days ago: 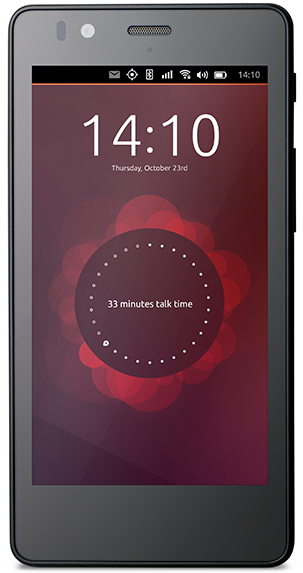 Ubuntu tablets and phones most likely wont be shipping until early 2014 when ubuntu v14.04 is released. There should be a stable version by october if you are an advanced user of a nexus 10 and know how to unlock it so that you can follow the directions to flash it to your tablet. I hope this helps. This information was all from Ubuntu's site about their plans.

Shuttleworth said earlier in February that devices running Ubuntu Touch will actually ship in October, but that seems unlikely now given that we have had no announcements of that sort to date... unless he has a surprise in store for us!

More realistically, a first-time consumer-ready version (lets say Ubuntu Touch v1.0) should be ready in October 2013 (and released along with Ubuntu 13.10 desktop version). The version for tablets and the overall phone-tablet-PC convergence features are not expected to arrive until April 2014 (when Ubuntu 14.04 LTS for desktops is released). All of the above is my conclusion based on currently available information as of early August 2013. :)

/proc and /sys contain contain files but no data
USB with partitions
How to prevent NetworkManager from changing iptables?
Mic doesn't record on Linux
Why does System Settings in 18.10 using Unity show 18.04?
Boot Windows again after installing Linux
Why is this 'eject' icon showing next to my drive?
Displaying the urgency of a package update
How can I automatically exit vim via a bash command in a .sh file?
Ubuntu workspace switching shortcuts don't work
Windows Ubuntu dual boot - Windows boot problem after updates
Using ACL to control read and writes by specific groups
What application can edit WebM metadata?
sudo: unable to stat /etc/sudoers: No such file or directory - File Exists
IP redirection for apache in virtual hosts
How to automate my startup?
13.10 Can't Adjust Dell Laptop Backlight
How do I get my (UBUNTU certified) Dell N5050's webcam to work with google video chat and Skype using version 12.04?
Can I download Unity as a separate session on Ubuntu 10.10 without breaking Compiz 0.8.6?
Can't run desktop python applications when switching out the default Python version
A B C D E F G H I J K L M N O P Q R S T U V W X Y Z 1 2 3 4 5 6 7 8 9