I messed up Firefox, now it's not opening, what to do?

So I downloaded firefox-34.0.5.tar.bz2 manually from Firefox's website, knowing full well that I could've used the Software Updater to update from Firefox 30 to 34.

First, I searched for how to install the software from the tarball. Nothing worked. There were things like accessing README file, or INSTALL file but nothing worked

I downloaded the file from their website. No way to install.

Now, I used this guide from Libre-Software, which seemed trustworthy.

However, when I click on the launcher icon, nothing opens. It glows red for two seconds, but then nothing.

When I go to Terminal and type firefox-old because I backed up my current version to that file in /usr/bin, the old Firefox opens, which I'm using now.

Although you can see what has happened if you open that guide, here's what I can make of the entire process:

This is really terrifying me and making me sick. Now, I don't want technical stuff, no symbolic links, no nothing.

I just want a peaceful INSTALL of Firefox that will save my data (or not - I got sync). Simple, Android or Windows-like execution, a process bar showing the installation, and poof: brand-new Firefox 34 opening in front of my eyes.

I want Ubuntu to remain the Linux for humans, so I would appreciate it if a little tweaking around (even command-based) can do the magic.

Undo all the changes that you made and install Firefox using sudo apt-get install firefox. If you are using Ubuntu 14.04 this command will automatically upgrade your Firefox to version 34 which is the latest version.

One thing you can do is back up your profile and then simply remove the manually installed Firefox 34. I don't know what steps you took to install Firefox manually, so I'm afraid I can't be much of a help with the removal step.

Step 1: Back up your Firefox profile:

First step you'll want to do is go into your .mozilla folder in the home directory. You may have to press Ctrl+H to show hidden files & folders: 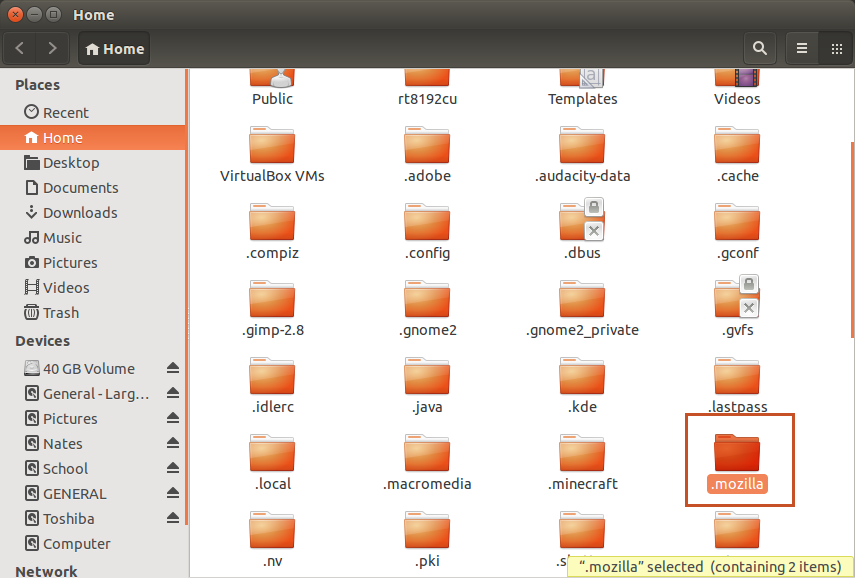 Next, go into firefox within the .mozilla folder: 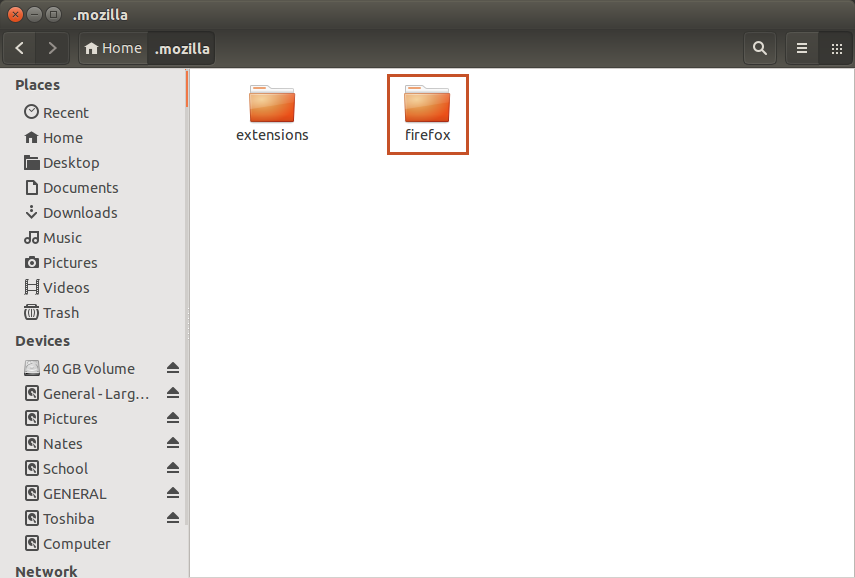 The window that pops up should look similar to mine, albeit with only the Crash Reports and a ******.default (* = random numbers & letters used by Firefox) folder: 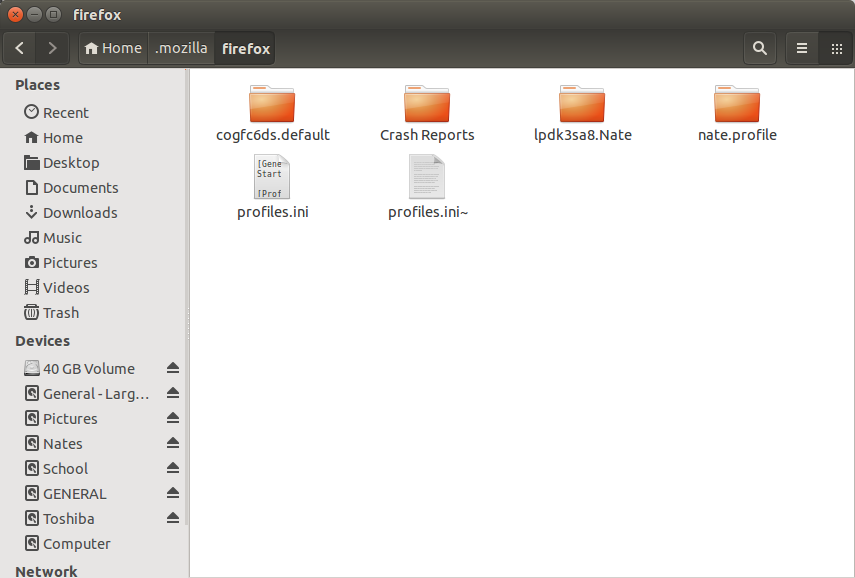 Copy/paste all the files & folders to your desktop, we'll restore them later.

Once again, I don't know how exactly you installed Firefox manually, so I'm not going to be much help in this step.

Just remove the current installation as best you can, making sure that you have a copy of the folders & file mentioned above.

You should now be able to install Firefox from the official repository via apt-get.

Simply run this in terminal (Ctrl+Alt+T):

This should install Firefox in working order for you and will provide you with automatic updates too! Now, this method won't necessarily give you the most up to date version of Firefox, but it should keep you pretty close if not on the current version.

Once you've installed Firefox you should be able to simply copy/paste those files you copied to your desktop earlier back to the ~/.mozilla/firefox directory.

The profiles.ini file is what tells Firefox what profile to look at for bookmarks and whatnot, so by backing it up we can simply replace the one that Firefox created when it was installed. This will make it so that Firefox looks at your profile from your previous installation and so you shouldn't lose anything!