How to make a command line program have a custom icon in XFCE dock or Plank?

I have created a .desktop file for octave-cli, which is the command line version of GNU Octave. When I double click the .desktop file (which has the icon of Octave, and is pinned in XFCE Panel), the opened terminal window has a icon of Terminal (not of Octave).

Is there a way to make command line programs use their own icons throughout?

This also happens when I drag the .desktop file to a dock like Plank. 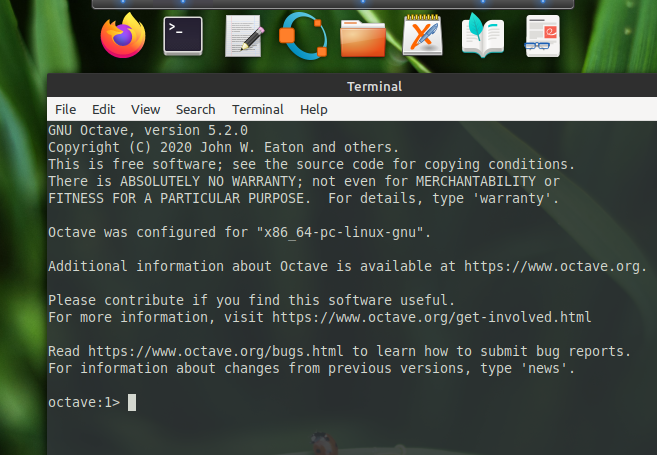 To clarify, the .desktop file does have the icon I had set. But when I double click it, it opens in a terminal with a terminal icon. I want it to open in a terminal (obviously) with a octave icon, to make it look like a standalone software.

My computer boots to a black screen, what options do I have to fix it?
FATAL: password authentication failed for user "postgres" Ubuntu v20.10
Running chkrootkit shows me suspicious files and directories
Diodon not showing in Xubuntu task bar
JD-GUI and Boomerang Deompilers Installation for Ubuntu
How to wipe the past allocated space from Ubuntu?
Building ElementalX kernel on Ubuntu 16.04 (64-bit)
Can't SSH into the Server
Aquaris m10 bricked!
How to make sure OpenVPN service is started first (before other services) on 14.04?
Xubuntu 14.04 - Strange "Log Out" button behavior
upgrade to ubuntu 15.04 along with windows 7 without losing data
How to publish a jar application to Ubuntu Software Center?
Help repairing a 14.04 (upgrade from 13.10) system installation?
Postfix+Dovecot Unix user authentication
Which desktop is installed by default?
Ubuntu 13.04 64 bit install with Win 7-64 - no OS found [duplicate]
Purged Network-Manager and now I can't download it because I don't have any internet connection
confused about which graphics driver is loaded
Why doesn't deleting files increase available space?
A B C D E F G H I J K L M N O P Q R S T U V W X Y Z 1 2 3 4 5 6 7 8 9