I have two different PCs, each multi-boot, with Ubuntu 18.04 as one of the operating systems on each. When I run the 18.10 upgrade on either machine, it appears to be fully processing the upgrade, but when I reboot, it still says I'm on 18.04. I've tried it both thru the GUI and thru the terminal, same result. What gives? Oddly, the report seems to show a completed upgrade, but under System>Details, it still says it's the last version (see screenshot). 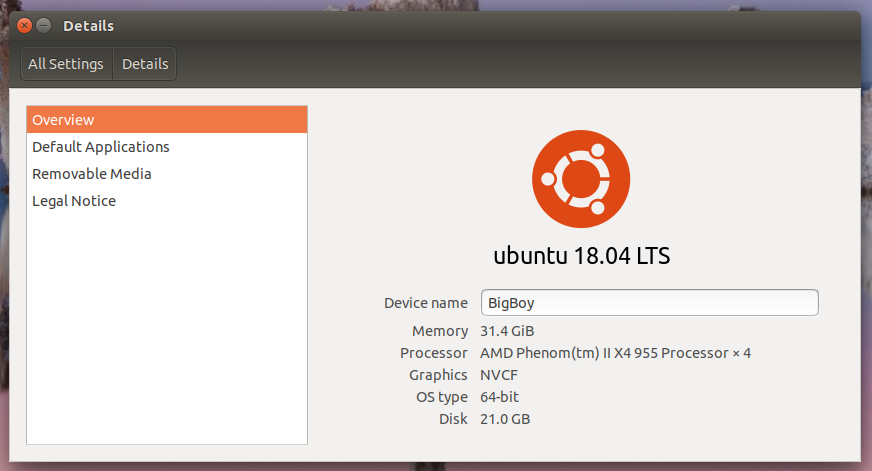 During the upgrade process, I did note some oddities toward the end (I often leave the terminal window open, and monitor it), where it would begin some process, hesitate, then come back with an error message about "no swap area available", when in fact I have about 8GB set aside specifically for swap. That happened 4 or 5 times, near the end of the process. After that, the upgrade finally acted as if it was finished and asked for a restart, but on rebooting and seeing that "18.04" still showing, I wasn't so sure everything had finished properly -- or if it had chickened out and reverted me to 18.04.